Gresham Blake was recently approached by the Mayor of Brighton & Hove, Pete West, to create a new bespoke Mayoral Robe.

Having had some recent dealings with the Mayors office when approving the official Brighton & Hove Tartan (more on that later), we jumped at the chance to create such a unique garment, which will be used for years to come. In a break from tradition, the new Mayoral Robes were created using 100% faux fur, no animals were harmed in the making of this garment! 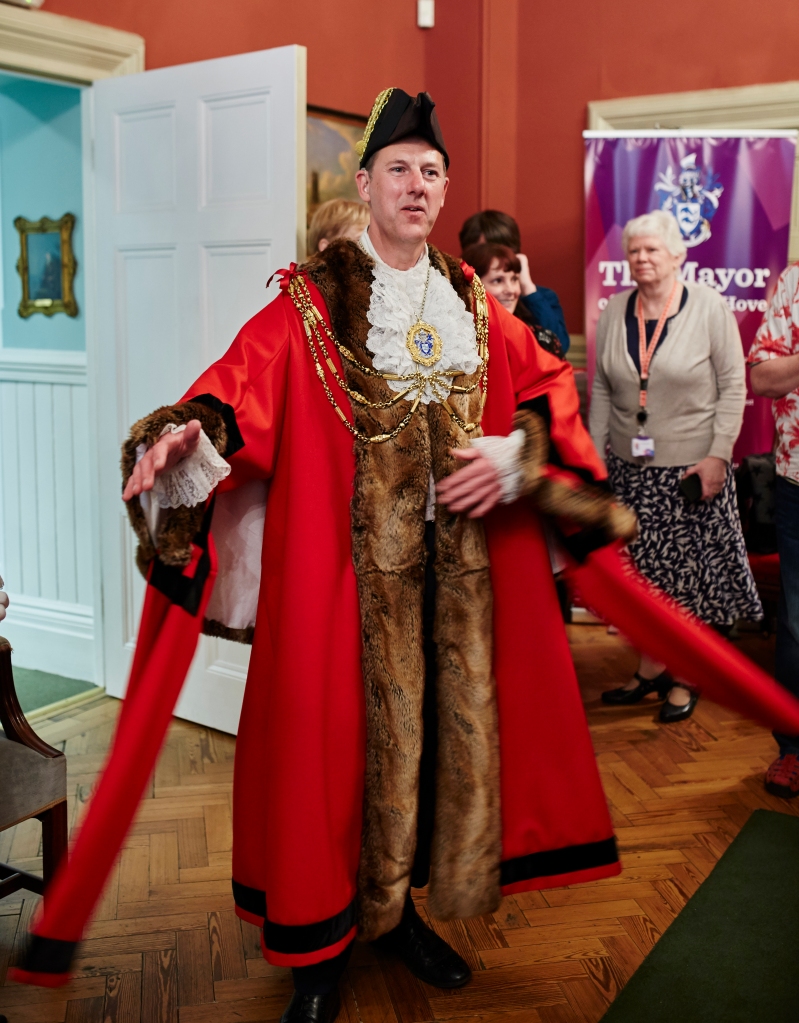 The new robes were presented to Mayor West in ceremonial style at an exclusive event in Brighton & Hove’s Mayors Parlour which was attended by the High Sheriff of East Sussex, who’s uniform is equally as flamboyant as the Mayoral Robe.

It was a pleasure for us to create this one off garment, improving the wearability of such a traditionally cumbersome robe!

” The mayor’s robe itself is usually very heavy but I am pleased to say that this one is a lot more comfortable to wear and very elegantly designed. I think they have done a wonderful job. You can get so hot in them so I appreciate the cooler feeling of this one.” – Mayor Peter West

Back to blog
Close